Building polygons were created in February 2013 by Geoscience Australia by manually digitising the outline of each building off the 2011 orthophotography.

Digitisation was done from scratch off the 2011 orthophotography within Quantum GIS. Using the ArcMap 'zonal statistics' tool the minimum, mean and maximum heights were found for each building polygon from the 2011 digital elevation model and the 2011 digital surface model (DSM). This information was then joined to the building polygon attribute table. To find the building height from ground to roof, the difference between the Mean DSM and mean DEM was calculated and added as a field to the attribute table. To find the maximum height of each building the difference between the Maximum DSM and Mean DEM was calculated. Polygon area, perimeter, and x and y coordinates of each building were also attached as attributes.

Accuracy is high as the layer was based on the 2011 orthophotography. Error may have been introduced through the digitisation process. Building lean in the orthophotography may also contribute to polygons which are slightly inaccurately placed.

Height attribute accuracy is inaccurate for building polygons which have tree cover above them, as the tree elevation would influence the digital surface model. Particularly the Max_height field may include tree heights rather than building heights in some cases. Attribute accuracy could be improved by using the raw 2011 lidar data (.las files) which are classified at 'buildings' to attach heights. This method was tested and was extremely time consuming - only the height_max field was significantly improved. 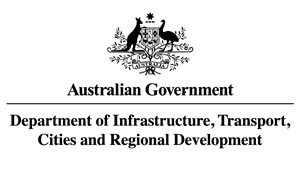